As a Syrian-American, it’s impossible for me to watch the news of the unfolding Ukrainian refugee crisis without a foreboding sense of deja vu. Seven years ago, I was watching maps of troop positions and spheres of control shifting across Syria, wondering which line was going to move next, watching the front line move closer and closer to Aleppo where I grew up, and where much of my family was, and remains.

When the crisis spilled out across the Aegean to Greece and Europe, and when hundreds of thousands of Syrians were trying to make their way to safety, I decided I was actually in a position to hopefully affect change, directly by helping, and indirectly by telling the stories I knew to people I didn’t think were hearing them.

I teamed up with Sara Kerens and together we raised $20,000 on Kickstarter, which we used to follow the migration trail from Izmir in Turkey, to Northern Europe over 10 weeks. We gathered some powerful stories from amazing people which we then curated into this photobook.

You know, it’s incredible how similar the photos are today to those Sara took 7 years ago. Some of the photos on the New York Times homepage feel like colorized version of the photos in this book.

We wanted to share the stories of the Syrians who were leaving their home, but as we’ve come to find out, we were telling a story that sadly is more universal, and whose narratives continue to remain relevant.

Today we find ourselves in a similar position to help. That’s why we’re trying to raise $10,000 to help the folks fleeing the fighting in Ukraine by donating proceeds from the sale of 200 copies of our book. Darkroom, where I work, will match our donations, so every dollar you spend counts towards two going to the IRC.

Buy a Copy to Donate

Read a sample from the book (PDF, 4MB)

A ten-week journey through the Syrian Refugee Crisis at its peak. Learn about the diaspora from a first-hand, eye-level Syrian perspective. 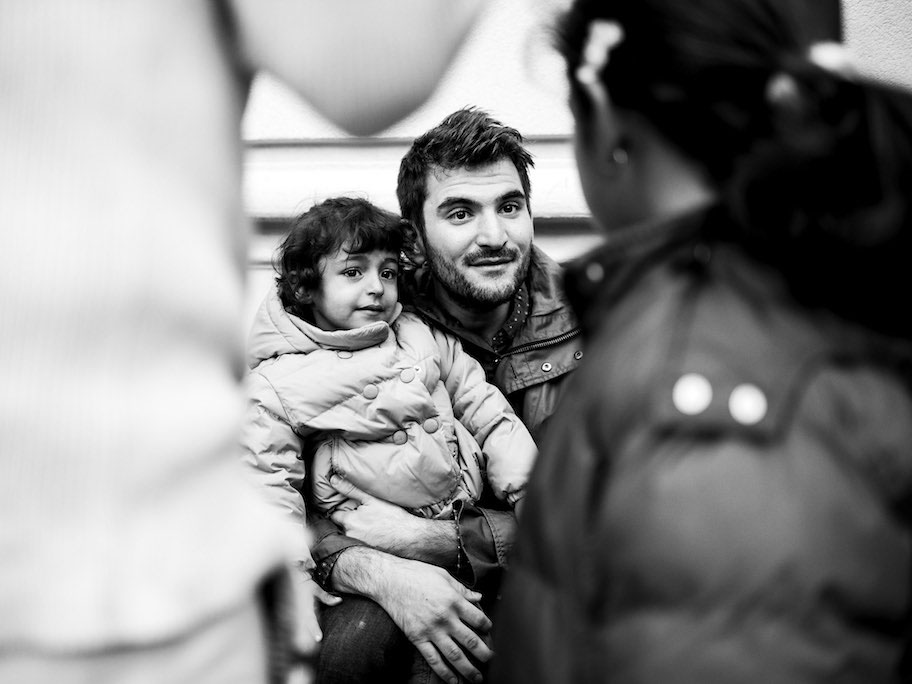 Majd Taby is a writer and software developer who studied computer science at the University of Michigan, where he first immigrated from Syria in 2003. After moving to Silicon Valley, he worked as an engineer and designer at Apple, Facebook, and Instagram. Most recently, Majd started Darkroom, a company to build tools for photographers. Over time, his passion for photography and storytelling has grown, and that passion is what drove the idea behind Displaced.

Sara Kerens is a New York City–based photographer who has set out to capture the human experience. For the past ten years her focus has been on fashion, travel, commercial, and documentary work. As a visual storyteller, she has photographed iconic figures from Barack Obama, to Margaret Thatcher, to Chinese civil rights activist Cheng Guangcheng, and documented a broad range of experiences from Susan Sarandon and Alan Cumming on top of the Empire State Building to the hundreds of refugees across Turkey and Europe for the Displaced book. Sara has also photographed backstage at New York Fashion Week and London Fashion Week and has been featured in top publications worldwide. Her work seeks to bring understanding through the common humanity in us all.

First hand accounts of the lives left behind, and the lives being built

By October 2015, thousands of refugees arriving in Turkey could find themselves on a boat to Greece just hours later. Syrians, Iraqis, and Afghans began viewing the trip as the only viable alternative to their dire situation. Smugglers became well known, and the trip was well documented. The journey became demystified, eroding the barrier of fear around it. By the end of 2015, more than one million refugees had sought asylum in Europe. Their stories are the subject of this book.

International media has documented the crisis through a macro lens. In contrast, Displaced shines a light on the individuals behind the crisis and their struggle to rebuild and move forward with their lives.